The 2020 Camp Application is Currently Closed.
Please contact us with any questions. 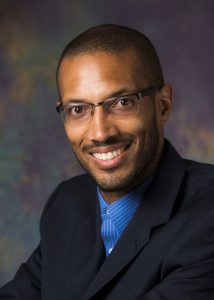 Dr. Lynford Goddard received a Ph.D. in physics from Stanford in 2005. He conducted postdoctoral research on photonic integrated circuits and sensors. He joined the University of Illinois at Urbana-Champaign’s Grainger College of Engineering faculty in 2007 and is currently a full Professor of Electrical and Computer Engineering. His group fabricates, tests, and models photonic sensors, circuits, and instrumentation; develops novel device processing techniques; and applies quantitative phase microscopy for semiconductor wafer metrology. He was an IEEE Photonics Journal Associate Editor (2009-2014) and currently serves on its Advisory Board. He received the Early Career Public Engagement Award in 2011 from the American Association for the Advancement of Science and the Presidential Early Career Award for Scientists and Engineers from President Barack Obama in 2010. Dr. Goddard is co-author of over 200 publications and 10 patents.

*NOTE: EAGER camps aim to increase the number of women and gender non-binary students pursuing STEM majors and careers. These groups have been traditionally underrepresented in STEM fields, and the absence of their talents is a detriment to the field overall. EAGER camps provide a safe environment to build a community of peers and mentors who empower one another to be confident in their exploration of STEM. All individuals are welcome to apply.

“I really enjoyed soldering, and it was used in many projects. I learned how to do it better and I used this new skill in making the FM transmitter, which worked, and on the LED calculator, that also worked. I also really enjoyed working on the LED calculator. I was able to finish it with minimal help from my fellow campers. I would not have been able to do it at the beginning of the camp, so it shows me that I did learn at this camp.” ~2019 Electrical & Computer Engineering camper